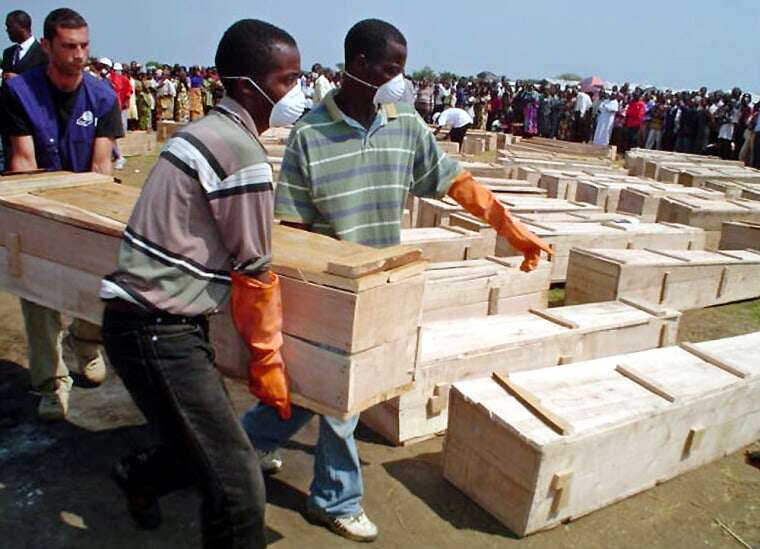 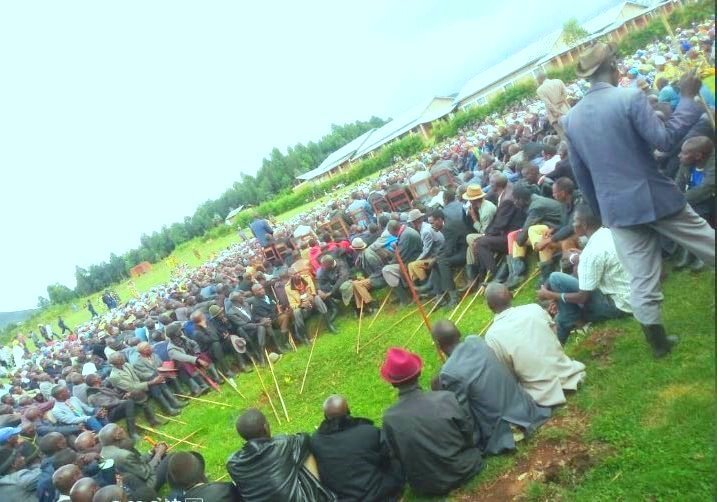 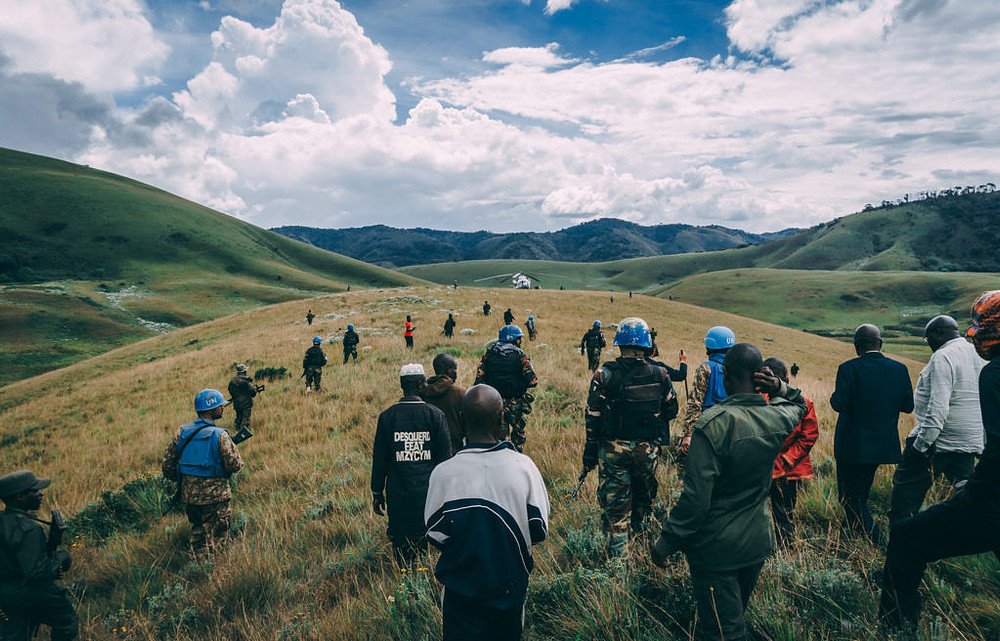 Supporters of Operation “Sokola (clean up) Minembwe of the Banyamulenge” naturally rejoice at the overwhelming images of the displaced Banyamulenge of Kamombo as well as waves of mad flames and thick smoke on their abandoned houses, each of which was a hotbed of arson. . It is important to remember here that the voluntary destruction of these villages (including schools, churches and health centers) by incendiary fire took place six days after what Captain Kasereka called, with great media coverage, the “liberation”. from the last bastion of Twirwaneho to August 15 by the FARDC under the command, among others, of General Mukalay and Colonel Ekyembe. However, he forgot to mention the pyromaniac character and the all-consuming passion of said liberators!

General Yav’s plane turns at full speed between Bukavu and Minembwe, passing through Kamituga. Objective: To mobilize its troops, including the MAI-MAI and Red-tabara fighters to put an end to the resistance to the genocide against the Banyamulenge. “Wanyarwanda warudi kwao” – the Rwandans (Banyamulenge) have only to return home (to Rwanda) – is the slogan chanted by FARDC troops in Uvira, on their way to the Highlands of Minembwe. The latter declare themselves determined to clean, to sweep (sokola) Minembwe and its surroundings of any Banyamulenge presence. At the same time, the fate of thousands of affected families who have no access, no right to humanitarian aid is more than uncertain. They are decidedly rejected of the right to life.

In fact, while national (MAI-MAI) and foreign (Red-Tabara, FNL and FOREBU) armed groups are scouring much of the province of South Kivu, the concept of “restoring peace and ‘State authority’ used by the President of the Republic and Head of State is interpreted and synergistically implemented by the main actors as follows:

▪️For the FARDC General Staff, the restoration of peace in the Hauts-Plateaux of Fizi, Mwenga and Uvira is synonymous with sharpening all of its weapons against the Twirwaneho movement, with blinders that make it completely blind. -to the armed groups MAI-MAI and RED TABARA;

▪️For General Philémon Yav (commander of the 3rd defense zone covering South Kivu), this means that we must rely on the armed groups (MAI-MAI and Red-Tabara) to destroy all the Banyamulenge villages in through the pretext of the hunt for Twirwaneho;

▪️As for the now ex-Minister Lwabandji (interior, security and customary affairs), the process linked to the restoration of the peace desired by the Head of State is a godsend that does not happen twice and that must be taken advantage of. to kill at least 90 to 95% of the Banyamulenge population of Minembwe. This is equivalent, as he claims, to the proportion of illegal arms carriers.

Indeed, since his desertion from the ranks of the FARDC in January 2020, Colonel Makanika has been the subject of fierce campaigns. This is without counting on the fact that his decision was motivated and justified by the abandonment of his community at the mercy of the disastrous MAI-MAI and Red-Tabara coalition (since 2017) – without the army on the spot n ‘dares to stop these barbarities, if only to exacerbate and supervise them. These malicious campaigns against Makanika and Twirwaneho are carried out within the FARDC by a circle of generals who constitute a war economy thanks to the hundreds of thousands of raided cows, and through the debates and polemics carried out, by media interposed by politicians in the xenophobic and genocidal motivations. This is in particular the role played by Bitakwira who spends all his time on local radio and television chanting outrages, allusions and odious and lying insinuations about Minembwe, Banyamulenge and Twirwaneho. Of course, it is enough for the media to tackle the Banyamulenge soap opera badly to panic the counters of views “,” followers “or newspaper sales.

It is easy to realize that if Colonel Makanika is in the FARDC’s sights, it is certainly not because he is accused of desertion. Self-proclaimed General MAI-MAI Yakutumba, whose men serve as FARDC auxiliaries to carry out attacks against Twirwaneho, is guilty of the same offense. His offensive launched on the city of Uvira and against the FARDC on the morning of September 29, 2017 is not a heroic gesture to clear him or clear his criminal record. But he’s not worried. On the contrary, he is supported to hunt down his young cadet, Makanika, whose aggravating circumstances relate to the fact that he is from the Banyamulenge community (dedicated to cleaning) and that he has joined Twirwaneho (and not the MAI-MAI). , precisely to fight against this cleaning

e ethnic perpetrated by the Yakutumba and allies.

In South Kivu, however, opinion leaders, human rights defenders, politico-administrative authorities, elected representatives, diplomatic representations, MONUSCO and so on, are aware of this situation. They know the whole truth. But for fear of scaring certain sensibilities and protecting their positions, they keep silent in the face of crimes. The principle is such that there is no question of hurting the fragile link they have with their base, their hierarchies or their partners. What matters is not to risk anything that might offend prejudices or distrust the devotion of majority communities (Bembe, Nyindu and Fuliru). Those who dared cruelly wiped up volleys of green wood. Hon. MUHIVWA is not one of those who will contradict me on this point.